You are most likely to conceive if you have sex during your six day fertile window than on any other day during your menstrual cycle. Careful monitoring of ovulation and timing of intercourse is essential whether you want to get pregnant or are trying to avoid it.

Ovulation and the Fertile Days

When you have sex on the day you ovulate, you have a new egg ready to be fertilized by fresh sperm. Chances of pregnancy during ovulation are high. Your chances are also high on the day prior to ovulation. According to a landmark study reported in 1995 in the New England Journal of Medicine, most women have a total of six fertile days in a normal menstrual cycle, including the day of ovulation. This means if you have intercourse on any of the five days leading up to the day of ovulation, you can still get pregnant even if you avoid sex on the day you ovulate.

The following are the chances of conception for each fertile window day: 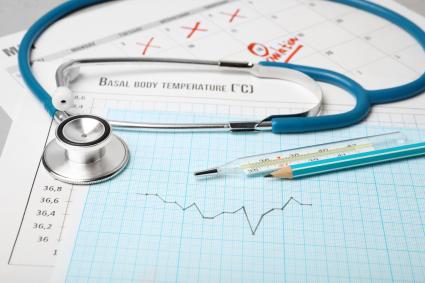 What Determines the Fertile Days

The lifespan and survival of the egg and sperm are the factors that determine your best days of fertility (or fertile window) in the first half of your cycle. You conceive when there is viable egg and sperm available.

Egg and Sperm Survival and Fertilization

A 2014 review by the Global Library of Women's Medicine (GLOWN) notes the egg survives for only about 24 hours after you ovulate. Therefore, intercourse within that 24-hour window gives you the best chance of fertilizing a viable egg. Based on the review, sperm, however, can survive in your reproductive tract for days. Sperm maintains its best fertilizing function for 72 hours on the average but can be still viable up to five days after intercourse. So, if you have sex on any one of your five other fertile days, you may still get pregnant on the day you ovulate, since the sperm can still be viable and "waiting" for the egg.

The Chance of Conception

You can track signs of fertility to try to predict your day of ovulation to increase your chance of conception. ASRM recommends having intercourse every one to two days during the six-day fertile window that ends on the day on which you think you ovulate.

How Often Should You Have Sex During Ovulation?

According to Mayo Clinic your best chance of conceiving, in general, occurs if you are regularly having sex. Pregnancy rates are highest in couples who have sex daily or have sex every other day when actively trying to conceive. In order to be certain you're having sex when you're most fertile, you should begin attempting to conceive shortly after your period ends and have sex every other day or at least every third day. This would help increase your chances of conception during ovulation.

How Much Sex Is Too Much?

It is recommended that you have sex once a day at the most; however, sex every other day is optimal. If you have sex too often, it can reduce the sperm count and the quality of the sperm. It will take some time for sperm to replenish after ejaculation as well. 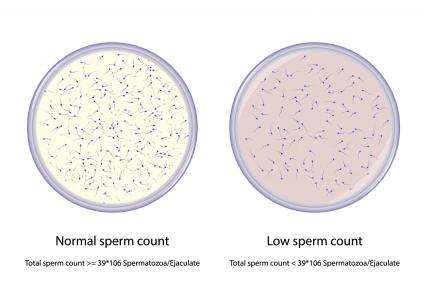 Using the facts about ovulation and the most fertile days of the cycle and tracking your fertility signs can help you know when to avoid intercourse or to use protection during your cycle to avoid getting pregnant. If you have sex while ovulating or on your other potentially fertile days, you can reduce your chance of a pregnancy by using contraception, such as a condom, during intercourse. If do not use any contraception and have intercourse on or around the day you ovulate, getting emergency contraception, such as the morning-after pill or the copper IUD, can help reduce your chances of pregnancy. These methods are effective if used up to 72 hours after intercourse.

20
Comments
© 2006-2020 LoveToKnow, Corp., except where otherwise noted. All Rights Reserved.
Resources, Advice & Tips for Covid-19
Read More
Can You Have Sex and Conceive on the Day You Ovulate?