What Is a Miscarriage?

A miscarriage may also be referred to as a spontaneous abortion. It is a natural pregnancy loss that happens before 20 weeks gestation, with most happening before the 12th week of pregnancy. A miscarriage or the increased risk of miscarriage can be caused by a variety of different reasons such as:

Keep in mind there are times when the reason for a miscarriage is not clear-cut and a cause can not be determined.

What Happens During a Miscarriage?

Unfortunately, miscarriage is quite common. About 10 to 20 percent of pregnancies end in miscarriage. When a miscarriage is imminent, typically the uterus will begin contracting in order for the pregnancy to pass. The contractions are what cause the pain, cramping and bleeding associated with a miscarriage. 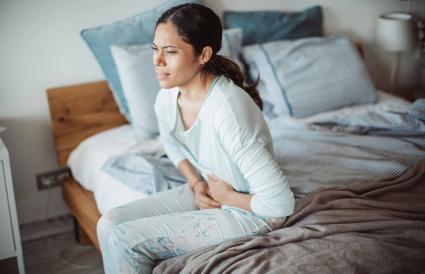 The Signs of a Miscarriage

There are certain symptoms you may experience that are not normal during pregnancy which could indicate a miscarriage is pending. If you suspect you may be having a miscarriage, there a few key signs and symptoms to look for, which include:

What to Expect If You're Having a Miscarriage

If you are having a miscarriage, the uterus contracts to expel the fetus and other pregnancy tissue. The entire contents of the uterus may completely pass from the uterus on its own or only a partial amount of tissue will pass. You should go to your doctor to be examined. He will likely perform a pelvic exam and order an ultrasound. This will help confirm if a miscarriage has taken place and if the fetus or any pregnancy tissue remains in the uterus.

What to Do If You Are Having a Miscarriage

If you suspect you are having a miscarriage, it is always recommended to call your doctor and to let him know your symptoms. He will most likely have you come in to be checked and have an ultrasound. Bed rest may also be advised until your symptoms subside. It may also be a good idea to have someone with you for support, especially if you need help or if your symptoms get worse. Unfortunately, in most cases a miscarriage can not be prevented.

If the pregnancy has completely passed, there may be no further treatment needed. However, if there is remaining tissue in the uterus, it will need to be removed.

The doctor may prescribe the medication Cytotec (misoprostol) to manage a miscarriage that has not completely passed. Bleeding and cramping typically begins in one to four hours. The bleeding may continue on and off for one to two weeks.

Another common treatment for miscarriage is a procedure called dilation and curettage, also known as a D&C. Your doctor will give you medication to dilate your cervix. He will then remove the tissue with an instrument called a curette, or suction may be used as well.

What If You Have Diarrhea and Nausea After a Miscarriage?

You may have questions about nausea or diarrhea and miscarriage.

Diarrhea During Pregnancy and Miscarriage

If you experience diarrhea during pregnancy, it is important to know that it will not cause a miscarriage. However, if you've recently had a miscarriage and are having bouts of diarrhea, it could be from the hormone changes or it could be a sign of infection. It is possible that there may be tissue from the pregnancy still in the uterus which has become infected. If you also have fever and chills, you should contact your doctor.

It is not unusual to experience nausea after a miscarriage as well. This is typically due to the pregnancy hormones causing your body to still "think" it's pregnant. The nausea may last for a few days, or up to two weeks depending on how far along you were when you had the miscarriage.

Coping and Recovering From Your Loss

A miscarriage is a difficult experience both physically and emotionally. You should allow yourself some time to recover and cope with your loss. If you wish for future pregnancy, discuss this with your doctor and he will advise you when it will be okay for you to try to get pregnant again. After a miscarriage, most women go on to have a completely healthy pregnancy.

0
Comments
© 2006-2021 LoveToKnow, Corp., except where otherwise noted. All Rights Reserved.
Resources, Advice & Tips for Covid-19
Read More
What Happens During a Miscarriage?