Is it possible to suspect you are pregnant in the first few days of pregnancy soon after conception? If you are paying close attention, perhaps you will notice some of the first signs or symptoms that can appear before an early pregnancy test might be positive.

A Rise in Basal Body Temperature

An increase in your basal body temperature (BBT) is one of the earliest signs of pregnancy because of the continued rise in progesterone. If you are keeping a BBT chart, around seven days after you ovulate, you might notice a second rise in your temperature above the first increase that occurs with ovulation. Talk to your doctor if your temperature is above 100 degrees Fahrenheit to make sure you don't have an infection. 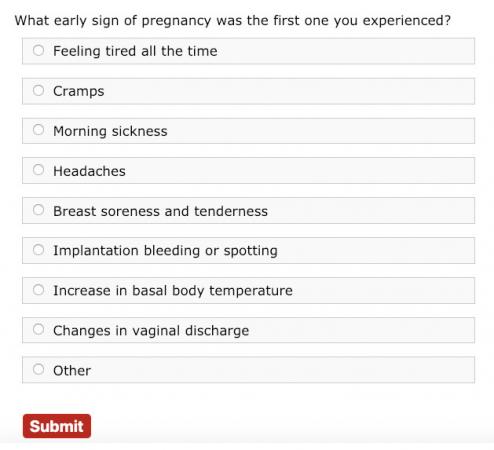 If you have pink or brownish vaginal spotting around six to twelve days after ovulation (days 20 to 26 of the average 28-day menstrual cycle) this may be an early sign of pregnancy. This implantation bleeding, which usually lasts one to two days, occurs as the early embryo takes root under the lining of your uterus.

See your doctor if your bleeding gets heavier and you have pelvic or abdominal pain. Note a pregnancy test only becomes positive after implantation. For most women, the earliest a pregnancy test will become positive is eight to ten days after ovulation (day 22 to 24 of a 28-day cycle), although the range is six to twelve days.

Pelvic cramps can accompany implantation bleeding six to twelve days after you ovulate. These mild, menstrual-like cramps usually last one to two days but sometimes can continue for several more.

Talk to your doctor if the cramps are moderate to severe or last beyond the day you expected your next period, and you have increased bleeding. You want to make sure you don't have a problem pregnancy or a pelvic infection

Your vaginal discharge gets heavier and thicker in early pregnancy and usually looks whitish or yellowish. Shortly after fertilization of the egg:

If you experience heavy, murkier yellow discharge with an odor and vaginal or external itching or burning, it could mean you have a vaginal or cervical infection.

The fatigue that starts in the earliest days of pregnancy is one of the first symptoms many women notice and can often be difficult to cope with. This symptom is likely due to the hormonal changes of early pregnancy, especially progesterone, according to the University of Rochester. Fatigue in pregnancy can also be due to anemia, which is not uncommon in women.

If you suspect you might be pregnant, try to make sure you get enough rest and your nutrition is adequate. If you are feeling really drained, talk to your doctor about vitamin and iron supplements, even if it's too early for a pregnancy test.

Nausea or queasiness (morning sickness), sometimes with vomiting, typically starts soon after the first missed period. However, according to The Pregnancy Bible (page 19), for some women, symptoms can start soon after implantation of the embryo as hormones begin to rise. From a 2011 review in Gastroenterology Clinics of North America, nausea and vomiting might be caused by rising levels of the pregnancy hormone, human chorionic gonadotropin (HCG), estrogen, and other hormones.

The nausea or queasiness of early morning sickness can interfere with your ability to eat and drink. Eat a light diet of soft fruits, vegetables and soups and drink a ginger tea. You can also try the BRAT diet, which consists of bananas, rice, applesauce, and toast. Consult with your doctor if you are unable to take adequate food and drink, especially if you also feel dizzy. If you have other symptoms, such as diarrhea or belly pain, you might have a stomach flu or another cause for your symptoms. 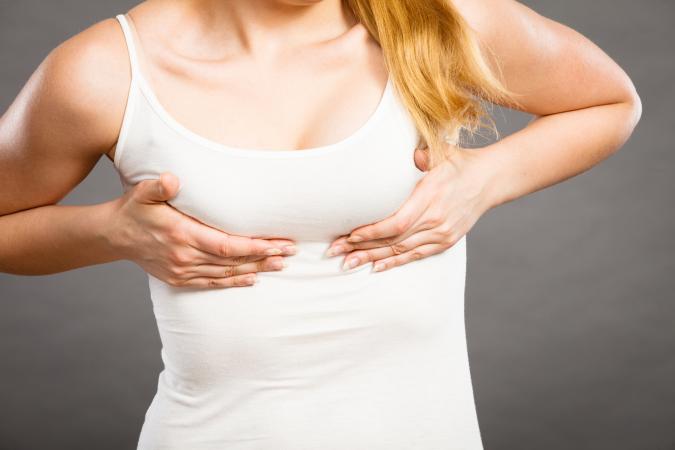 Based on The Pregnancy Bible reference cited above, breast soreness, tenderness, and heaviness can start soon after fertilization and before you even miss your period. This happens because your breasts respond to the early increase in progesterone and estrogen, which prepare them for milk production and breastfeeding.

Check with your doctor if your symptoms are difficult to manage or you feel a lump in your breasts. The hormones can also cause the area around your nipples (areola) to become darker soon after you conceive.

If you suddenly find yourself running to the bathroom more frequently, this could be a very early sign of pregnancy. The Pregnancy Bible reference above states urinary frequency can start within two weeks of conception. The urge to urinate more frequently is likely caused by:

See your doctor if you also have burning or pain with urination to make sure you don't have a urinary tract infection.

According to the Harvard Medical School Family Health Guide (page 925), dizziness is a common symptom in pregnancy. Normal changes in your body's functions that start early in pregnancy might be the cause of episodes of dizziness soon after conception. These changes include a drop in blood pressure and shifts in body fluids and electrolytes.

Inadequate intake of food and drink and low blood sugar can worsen any feelings of dizziness. To ensure you don't have a major problem, talk to your doctor if you are also feeling lightheaded or have any episode of fainting.

Headaches are common in pregnancy and can be due to a number of causes. You might notice onset of more frequent headaches early in your pregnancy. Changes in hormones and in body fluids as well as fatigue or stress might be contributing factors. Morning sickness and hypoglycemia might also contribute because of inadequate food and drink.

Constipation Can Be Difficult

Constipation can become a problem from the first few days of pregnancy. The higher progesterone levels starting in early pregnancy slow down the activity of the muscle cells in the wall of your bowel. This makes it difficult for your intestines to move food along.

To ease your problem, increase fiber in your diet by eating more fruits and vegetables and drinking at least eight glasses of fluids a day. If you suspect you are pregnant, don't use laxatives without checking with your doctor. 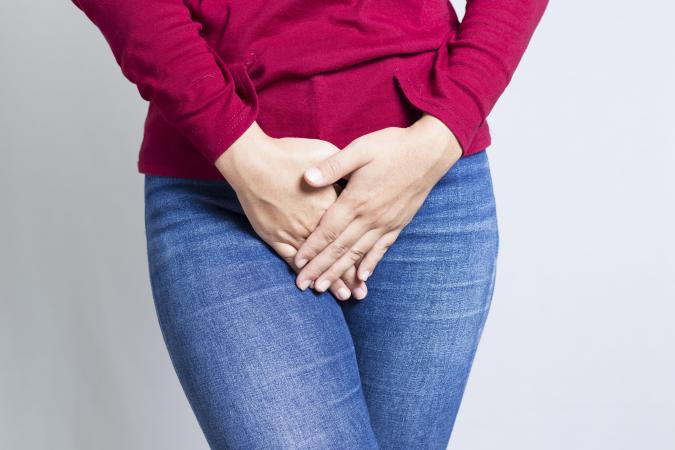 You might just "feel different" and be convinced you are pregnant soon after you conceive. Some women say they get a hard-to-explain perception or intuition before they can even do a pregnancy test. Part of the intuition might come from quickly shifting moods.

What You Should Do

If you have signs you are pregnant, assume you are and take the right steps immediately until you can prove one way or the other.

Wait until you are at least ten days past ovulation to do a home pregnancy test. Better yet, wait until a week after your missed period, according to the Mayo Clinic. If you are anxious to find out if you are pregnant, go see your doctor for a blood pregnancy test as early as six to seven days after ovulation.

Keep in mind that though these signs and symptoms can be present in early pregnancy, they can also be caused by problems not related pregnancy. Consult your doctor if your symptoms concern you and you are unsure that you might be pregnant.