It is important to know the signs of ovulation because a woman is most likely to become pregnant around this time, when her ovaries release an egg into her uterus. Knowing what ovulation looks and feels like and when it occurs can be very useful if you're trying to get pregnant.

What Are the Signs of Ovulation?

Here are some ways your body might let you know you're ovulating:

Mittelschmerz is the official name for pain with ovulation. It's usually a sharp or cramping pain on one side of the lower abdomen, occurring about two weeks before your period starts. It's generally brief (minutes to hours), but in some women can last for a day or two. About 20% of women report having this pain.

It's not clear what causes mittelschmerz, but it might be due to irritation of the lining of the ovary when an egg is released.

Mittelschmerz can happen monthly or just occasionally. If you're having pain for the first time, check with your doctor to make sure it's not an infection or other serious problem. 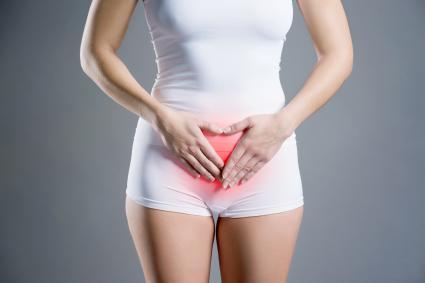 Not everyone is comfortable examining vaginal discharge, but it can help you figure out your most fertile days. Fluid released from the cervix (the entrance to the uterus) flows into the vagina. It looks different at different times of the month. Sometimes you can see the discharge on your underwear, or on the toilet paper after you urinate. You can also try touching your vulva (the outside part of your genitals) or just inside the vagina. Looking at and feeling the discharge will help you become familiar with the changes throughout your cycle.

Here's how to use this method to detect ovulation:

Basal body temperature doesn't tell you the exact moment of ovulation, but it's likely that your most fertile time begins about three days before the change, and ends about a day after.

During your menstrual cycle, a surge in Lutenizing Hormone (LH) signals your ovaries to release an egg. Ovulation usually happens about 12 to 24 hours after the LH surge. Ovulation predictor kits, which you can purchase at the drugstore, measure LH.

Your most fertile days are from about three days before the LH surge until a day or two after.

Can Signs of Ovulation Be a Good Method of Birth Control?

Knowing the signs of ovulation does not work well for birth control. Of 100 women using the cervical mucus or basal body temperature methods for birth control, about 20% will become pregnant within a year.

One problem is that you must abstain from intercourse before and after ovulation occurs to avoid getting pregnant. Knowing that ovulation has occurred isn't enough.

Likewise, ovulation is not entirely predictable. Errors can happen with any of these methods. If not getting pregnant is important to you, it's wisest to have a more reliable method of birth control.

Improving Your Chances of Conception

If you are trying to get pregnant, then you may be able to increase your chances of conception by using the above methods to track ovulation. By knowing your most fertile times and understanding the signs of ovulation, you give your body every opportunity to conceive.