Most teen pregnancies are not planned and can have a lasting effect. Statistics about teenage pregnancy reveal a number of concerns. Pregnant teens are at high risk of developing high blood pressure and often have significant financial stresses. The number of teens who get pregnant each year fluctuates but has been decreasing overall over the past few years.

While teen pregnancy is a problem in many parts of the world, the United States has the highest teen birth rate among developed countries. In any given year, the U.S. teen birth rate is double that of the United Kingdom and around four times that of Germany and France.

Why is the U.S. teen pregnancy rate so high? Some people blame the highly sexualized images children see on television and in their favorite movies. Others believe it's a lack of effective sex education. While most experts agree teen pregnancy can be attributed to a number of factors, effective contraception remains crucial in the fight against this complex social issue. A sexually active teenage girl who does not use regular contraception has almost 90 percent chance of becoming pregnant within one year.

While around 35 percent of all teenage pregnancies end in abortion, there are many girls who decide to keep their babies. These young moms face many challenges. They often have few or no job skills. Employment opportunities may be limited for these mothers; research shows that between 2009 and 2010, around 48 percent of teen mothers lived below the poverty line. For teen mothers who still lived with their parents, only 34 percent lived below the poverty line; however, for teens that lived on their own, this number went up to 63 percent. Nearly two-thirds of teen mothers receive some type of public assistance during the first year of their child's life; this includes Medicaid, food stamps, and other assistance.

In many cases, the child's father is either missing or unable to provide the proper financial support; almost 80 percent of teens do not marry the fathers of their children. More than half of teen parents have no child support agreement in place and of the 29 percent who do have a legal agreement, only half actually received child support payments. Although many teen moms do receive assistance from their own parents, a large number must learn to care for their children with little or no outside help.

Teenage mother statistics show that teen moms often find the responsibilities of parenthood to be overwhelming. They struggle to finish their education; only 50 percent of teenage mothers have a high school diploma by age 22 compared to 90 percent of women who did not get pregnant during adolescence. Many teen moms discover that their babies place a strain on fragile friendships.

Consequences for Children of Teenage Mothers 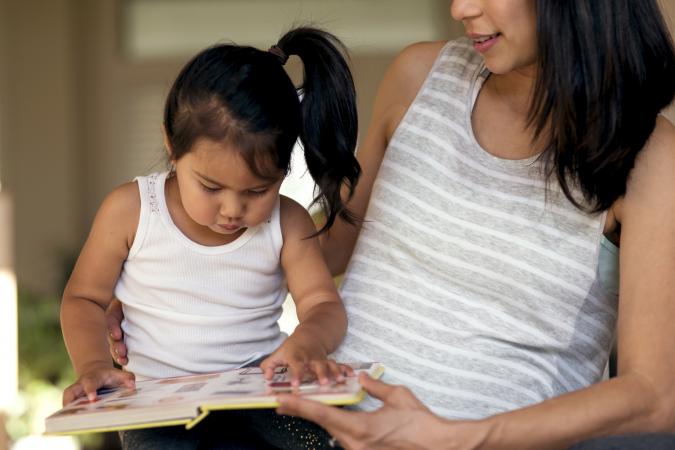 Statistics show that children who are born to teenage mothers are immediately placed at a greater risk of developing many physical, social, and behavioral problems. For example, 10 percent of teens between 15-19 get no prenatal care during the first trimester of pregnancy; this number increases to 25 percent for girls under 15. Since many pregnant teens are also still developing physically, this means that they are much more likely to have premature babies or preterm labor. Preterm and/or low birth weight babies often have developmental disabilities or chronic medical conditions that require regular physical therapy.

As they mature, children of teen mothers must still overcome many obstacles. For example, boys born to mothers under the age of 19 are 13 percent more likely to be incarcerated at some point in their lives. Daughters of teen moms are over 20 percent more likely to have their own children at a young age. Children of both sexes have lower standardized test scores and are less likely to earn their high school diplomas.

Obviously it is possible to be a teen parent and go on to achieve all of your dreams. However, it is a difficult path for many teen parents and many don't reach their goals in life.

The Centers for Disease Control and Prevention and other organizations have established programs to lower teen pregnancies and to help people prevent unplanned pregnancies with better family planning. Parents and other family members also play a role in this endeavor. By working together, teen pregnancy rate may continue to decrease.