Considering the intense pain associated with labor and delivery, the notion of an orgasmic childbirth seems ridiculous. However, some women have experienced the phenomenon and there may be neurological and physical reasons for the occurrences.

The mind is a powerful realm that can be used to change how people experience the world. This goes beyond perception when dealing with a topic like labor pains, but it may be possible to condition the mind to focus on the pleasurable aspects of childbirth rather than the anticipation of pain.

In order to understand the concept of an orgasmic childbirth, it helps to relate to women who have experienced pain-free childbirths. If the mind and body can be used to alleviate pain, they may also be used to create images of intense pleasure for some individuals. In order to achieve this, one must:

Natural childbirth is frightening to many women, but some believe that changing beliefs and overcoming fears about giving birth can make giving birth practically painless. An obstetrician named Grantly Dick-Read is credited as the pioneer of the natural childbirth movement. His book Childbirth Without Fear was published in 1942 by Heinmann Medical Books. In 2004, the text resurfaced with a foreword written by physician and child birth expert Michel Odent.

The book discusses the correlation between mental processes, fear, and pain. The anticipation of pain can lead to a low pain threshold. Some of the principals outlined in the famous text can be found in other natural pain relieving practices. 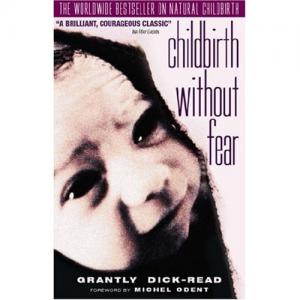 Hypnosis can be effective in alleviating pain, even sensations that are as intense as those experienced during labor and delivery. The approach is quite similar to the concepts presented in Childbirth Without Fear but it focuses on the subconscious mind as a means of changing thinking patterns. The new patterns of thought lead to new emotional responses that lead to new automatic physical responses.

Changing a belief system on a conscious level is very difficult, but engaging the subconscious mind helps reconstruct the core system of beliefs that associate pain with childbirth. Hypnobirthing has proven to be effective for many women.

An orgasmic childbirth is the polar opposite of what women are conditioned to expect, especially in Western culture. The goal of having a pain-free childbirth experience is difficult to imagine for many women. Orgasm during labor takes the principals of hypnosis for labor to the extreme. This may be achieved by considering the brain as well as the similarities between orgasm and childbirth.

Orgasm and the Brain

WebMD defines an orgasm as the acme of the sexual act, noting climax as a synonym. The body experiences building intensity of muscular contractions that lead to a release. Each woman experiences orgasms differently and the sensations rely heavily on neurological signals in the brain.

Neuropsychology is delving into the relationship between neurology and orgasm. While not much is known about the effects of the experience on the brain, researchers recognize that the spinal cord drives the pleasurable sensations.

Similarities Between Orgasm and Childbirth

Labor is a natural process that is commonly associated with intense pain. The stages of labor include active labor, transition, and pushing, which are the most painful aspects of childbirth. However, some of the biomechanics of labor are quite similar to those experienced during orgasm, making the notion of an orgasmic childbirth realistic, depending on the focus. An orgasm is a process that makes changes in the body that are comparable to changes experienced during labor and delivery.

The process of giving birth is similar to having orgasms in its intensity. Each experience consists of a building intensity followed by release. Some believe that the mind can make connections between experiencing orgasms and experiencing labor and delivery.

While many may never achieve an orgasmic childbirth, the process of changing core beliefs about giving birth can benefit expecting mothers who dread the very idea of labor and delivery.