A molar pregnancy, or hydatidiform mole, is a nonviable conception so cannot develop into a normal baby. It is the most common type of gestational trophoblastic disease (GTD), which are tumors that develop from a group of cells (trophoblasts) in the early fertilized egg. These cells were destined to form the normal placenta.

About 1 in every 1,000 conceptions in the United States develops into a molar pregnancy, according to the National Cancer Institute (NCI). The incidence is higher in other parts of the world such as Asia.

There are two types of molar pregnancies, and they are most often benign.

These conceptions can grow faster than normal, and either type is usually diagnosed by ultrasound in the first or second trimester.

Hydatidiform molar pregnancies usually occur in the uterus but in rare cases can implant as an ectopic mole in the fallopian tube.

Who Is at Risk?

The chance of having a molar pregnancy is low, but some women are at greater risk than others. Based on the NCI reference cited in the first section, the main risk factors are:

Asian women may also be at greater risk than those of other races.

Symptoms of a Molar Pregnancy 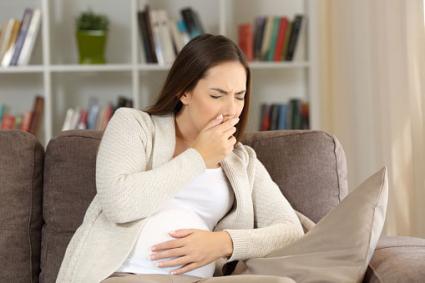 MedlinePlus lists the following common symptoms or signs of a hydatidiform molar pregnancy:

The diagnosis of a mole should be also considered when prolonged vaginal bleeding continues after a normal delivery or after treatment of a miscarriage, an ectopic pregnancy, or other abnormal pregnancies. 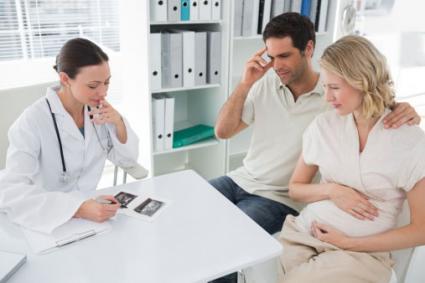 Most women with a hydatitiform mole present with abnormal vaginal bleeding in the first or second trimester. This usually leads to an initial evaluation and pelvic exam to help distinguish between a mole, a miscarriage, an ectopic pregnancy, or other abnormalities.

In addition to the higher-than-normal HCG levels, two procedures can help confirm the diagnosis of a mole:

Depending on the amount of bleeding and other signs, symptoms, and concerns, additional tests might include:

The initial D&C to remove the pregnancy tissue for examination and diagnosis might be sufficient treatment. If not, the doctor will do another therapeutic D&C to remove all the molar tissue from inside the uterus.

Additional treatment, as outlined by the National Cancer Institute, depends on whether a woman has any complications of gestational trophoblastic disease (GTD) or persistent disease after initial treatment. 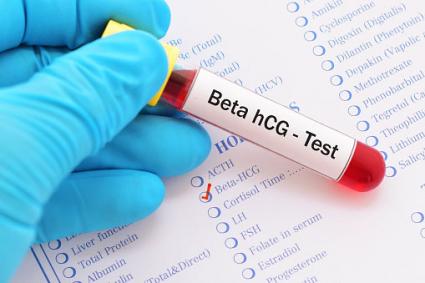 Potential complications after the D&C treatment are heavy bleeding or hemorrhage and anemia. Some women require a blood transfusion. In a few cases where clotting factors become abnormal, some women might need a life-saving hysterectomy because of significant hemorrhage.

For those women who develop of hyperthyroidism and preeclampsia, the symptoms usually resolve soon after treatment. Rarely, some women are more severely affected by these two disorders and will need to be hospitalized for appropriate treatment.

It is important to monitor the blood HCG level after the initial D&C and after any other treatment until it becomes negative to ensure no molar tissue remains. The HCG should be negative within three months after treatment. Prolonged elevation and continued vaginal bleeding are the common signs of persistent GTD and a risk for a cancerous mole.

Doctors advise women to use an effective birth control method for six to twelve months. This decreases the chance of a new pregnancy confusing the HCG monitoring, as well as the risk of a repeat mole with so early a new pregnancy.

According to the Mayo Clinic, about 20 percent of women with a molar pregnancy will have a problem of persistent GTD, where trophoblastic tissue remains in the uterus after the treatment D&C.

In some cases of persistent molar tissue, one of two other types of gestational trophoblastic neoplasia (GTN)- cancerous forms of GTD - might be present:

Most molar pregnancies are benign and are cured after a D&C to remove the products of conception from the uterus. Occasionally, abnormal tissue persists and may be cancerous. Don't ignore prolonged bleeding after treatment of a mole or other abnormal conceptions or after delivery of a normal pregnancy.