When doctors recommend aborting a fetus, the compelling medical reasons include problems with the normal progress of the pregnancy, health conditions of the mother, and fetal abnormalities. The decision-making process to end these pregnancies can be straightforward for some of these situations, but not as easy for others.

When a pregnancy doesn't appear to be developing on a normal course, doctors will recommend an abortion. An early procedure will decrease the risk of maternal complications, such as uterine or systemic infection.

Most non-viable fetuses occur in the first trimester and are caused by abnormal implantation or chromosomal defects. The pregnancy might spontaneously abort, but some women might prefer not to wait and opt for an induced abortion.

A intrauterine non-viable fetus is usually diagnosed by falling HCG levels or on ultrasound by an abnormal or empty sac, a smaller-than-expected fetus, or absence of a fetal heartbeat.

When a seemingly normal fetus dies in the second trimester up to the 20th week of pregnancy, it is referred to as a as an intrauterine fetal death (IUFD). After 20 weeks, it is referred to as stillbirth. The risks of waiting for the fetus to pass spontaneously include maternal infection and hemorrhage.

An abortion procedure is recommended when the death occurs before 24 weeks of gestation. After 24 weeks, a patient might undergo induction of labor instead. Causes of IUFD include fetal anomalies, drugs, and maternal medical problems.

The fetal membranes (bag of waters) can rupture before the fetus becomes viable to survive outside the uterus (less than 24 weeks). Abortion becomes necessary if the woman doesn't have a spontaneous miscarriage up to 20 weeks or go into premature labor if she is past her 20th week of pregnancy.

A placental separation from the wall of the uterus (placental abruption) can cause heavy bleeding. In early pregnancy if bleeding doesn't stop, or the condition is untreatable, the mother will require an abortion if she doesn't miscarry the fetus. 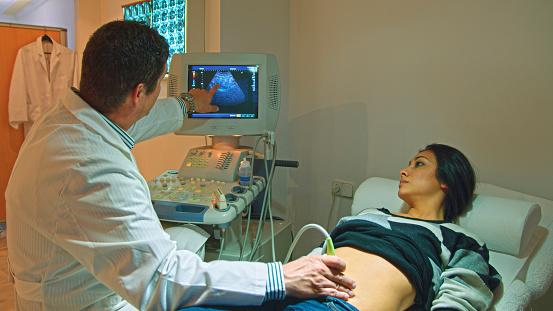 Fetal congenital abnormalities and genetic chromosome disorders are often not diagnosed until the late second trimester of pregnancy. Early diagnosis might make it easier for a mother to make a decision and avoid the more complicated abortion procedures in the late second or third trimester.

Some fetal birth defects are incompatible with life and often end in death of the newborn shortly after birth. Other congenital abnormalities severely affect the quality of a child's life or shorten his life-expectancy. These defects are often detected by genetic testing or on ultrasound and include:

Genetic disorders of the fetus can be detected by ultrasound, chorionic villus sampling at 10 to 14 weeks, and amniocentesis as early as 14 weeks. These genetic abnormalities can affect the health and physical or mental development and shorten the life of a child. They include: 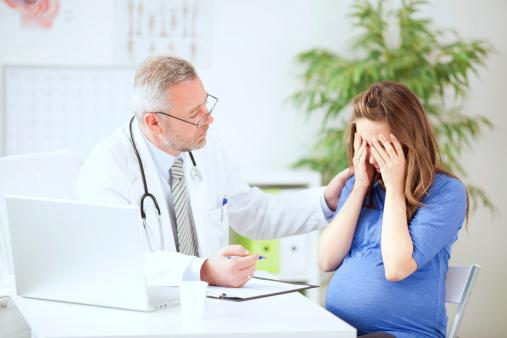 Several medical conditions that worsen or develop during pregnancy can put a woman's life at risk if her pregnancy continues. A doctor and his patient must weigh the degree of that risk to the mother against the life of her fetus.

In some circumstances, a doctor might recommend immediate termination of pregnancy - abortion for a non-viable fetus or early delivery for a viable fetus even if not at term. A 2009 Global Library of Women's Medicine (GLOWN) article lists many of these health problems.

Cardiovascular diseases can compromise a women's health in pregnancy. Heart and lung function can deteriorate because of the physiologic changes in pregnancy, and these organs can fail and increase the risk of maternal death. The diseases include:

Kidney failure from primary diseases of the kidneys or from complications of other diseases, such as diabetes or high blood pressure, can worsen during pregnancy. An abortion might be necessary early in pregnancy if a woman's life is at risk.

Preeclampsia is a disorder of pregnancy with progressive maternal signs and symptoms that include:

The syndrome is more common in the third trimester when the fetus is viable or close to viability, in which case early delivery of a live fetus can be planned. However, when it occurs earlier in the pregnancy and significantly puts a mother's life in jeopardy before fetal viability, an abortion is the usual remedy.

An abortion might be necessary in the setting of terminal cancer or when cancer is diagnosed during early pregnancy. Cancers of the cervix or breast are the most common forms discovered in pregnancy.

Treatment of mother when cancers are diagnosed in pregnancy might include surgery, radiation, or chemotherapy, which can be harmful to the fetus. On the other hand, delay in treatment until after delivery can be detrimental to the mother's life.

A pregnant woman might develop an infection in the uterus that infects the fetal membranes (chorioamnionitis). An abortion might be necessary to prevent maternal systemic infection and death. An intrauterine infection can also lead to premature rupture of membranes and labor or premature death of the fetus.

Other diseases that can cause significant problems during pregnancy and put a fetus and a woman's life at risk if difficult to control include:

The decision to have an abortion for medical reasons can be difficult and stressful for a woman and her partner. If you are faced with this situation, make sure you have all the facts and weigh the pros and cons to make the best informed decision. However, recognize that in an emergency situation where your life is in critical danger, you might not have the ability to consider your options.