The Fertile Days in the Menstrual Cycle

The days of fertility in a menstrual cycle are fairly fixed and depend on when you ovulate rather than when your period has ended. Knowing your fertile days can help pinpoint the most likely time to become pregnant during your menstrual cycle. While you can get pregnant right after your period, the most likely day to get pregnant (fertilize an egg) is on the estimated day of ovulation.

One study has shown that women who are trying to conceive will increase their likelihood of conception if they monitor and are aware of their potential fertile days. Being knowledgeable about their ovulation increased the accuracy of when their actual fertile period occurred (which is the five days up to the day of ovulation) rather than estimating when they perceived their ovulation would occur.

What the Additional Five Days Mean

The additional five fertile days mean that if you have intercourse during the five days before ovulation and sperm survives in your reproductive tract, you can still get pregnant. This can happen even if you do not have intercourse on the day of ovulation. This is because the sperm can survive in the reproductive tract for a maximum of five days while it waits for the egg. Because the egg can survive up to 24 hours after ovulation, it is also possible, though less likely, to get pregnant a day after ovulation.

How to Figure Your Fertile Days

The days you are fertile and can conceive during your menstrual cycle remain the same, whether your bleeding is long or short. How many days after your period that you will actually ovulate will depend on how long your cycle is. The following will help you understand when your fertile days will occur after your period. 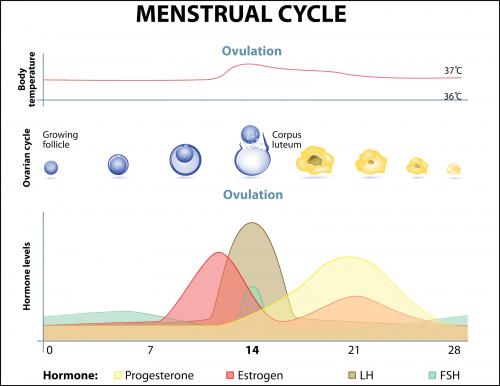 If Your Cycles Are Twenty-Eight Days Long

If your cycles are the normal, average 28 days long:

To be safe, you have to take into account that any estimation of the day you ovulate is not precise, and you could be a day or two off. Therefore, if you don't want to get pregnant, avoid unprotected intercourse or abstain until you are certain you are past ovulation.

If your menstrual cycle lengths are shorter than 28 days, your fertile days will start before day nine of your cycle. For example, If your cycles are 24 days long:

If your menstrual cycle lengths are longer than 28 days, your fertile days will start after day nine of your cycle, and you have a longer window before you are likely to get pregnant. For example, if your cycles are 34 days long:

If Your Cycles Are Irregular

If your menstrual cycle lengths are irregular, the days you are fertile will vary from one cycle to another. In this case, you can use signs of fertility methods, such as tracking your temperature, checking for cervical mucus changes, or using ovulation predictor kits to estimate when you might ovulate. Your fertile window during which you can get pregnant will include the five days before your estimated day of ovulation and the day of ovulation - plus or minus a day or two. For each cycle, use this information to estimate how soon after your period ends that you can get pregnant.

Knowing Your Fertile Window Is Helpful 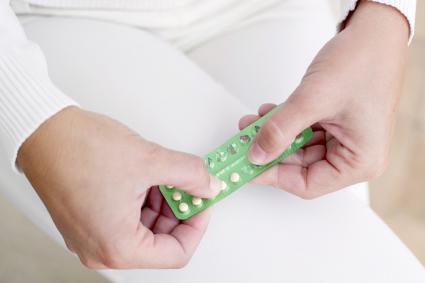 Common Questions About This Topic

A few common, related questions about this topic that are often asked include:

Can I Get Pregnant During My Period?

If you have a 28-day cycle, the answer is you will most likely not get pregnant if you have sex during your period since ovulation is still a number of days away. However, if you have irregular cycles, especially shorter cycles, you should be careful. Since your cycles are shorter, you may be ovulating earlier as well.

Can I Get Pregnant if I Consistently Have Irregular Periods?

Yes, you can get pregnant if you have irregular periods. While your periods may be irregular, you will most likely still be ovulating. However, ovulation may not be consistent and it may be more difficult to determine if and when ovulation occurs, which could affect your fertility.

Can I Get Pregnant Right Before My Period Starts?

Your Fertility Window Is Only an Estimate

How quickly after your period that you can you get pregnant will vary from woman to woman. Keep in mind that the days you are most fertile are only estimates. This is because methods used to pinpoint the day of ovulation and the fertility window are not precise, and ovulation can vary by a few days each cycle, even if your menstrual cycles are regular. Therefore, if you have sex right after your period but wish to avoid getting pregnant, it is essential that you use reliable birth control.

66
Comments
© 2006-2020 LoveToKnow, Corp., except where otherwise noted. All Rights Reserved.
Resources, Advice & Tips for Covid-19
Read More
How Long After Your Period Can You Get Pregnant?