A normal heart rate for your fetus is an essential indicator of the well being of the fetus during pregnancy, labor, and delivery. An abnormal pattern, such as a high fetal heart rate or low fetal heart rate, can warn doctors and midwives a baby is under medical stress or at risk of dying.

The heart rate of the fetus has the following characteristics:

There are several methods doctors use to detect the fetal heartbeat and rate for routine and high-risk pregnancies.

A hand-held fetal Doppler is a battery-operated Doppler device that uses ultrasound waves to listen to the fetal heartbeat. It can measure the heart rate through the mother's abdomen from about 10 to 12 weeks. 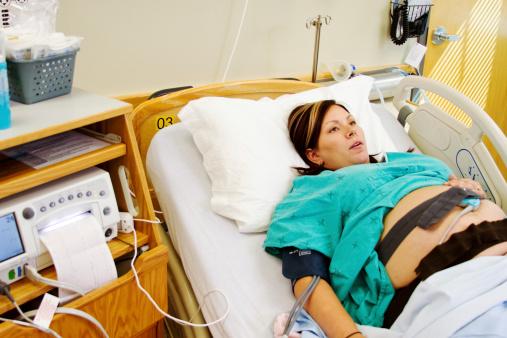 The external monitor is also a Doppler ultrasound device. The electronic fetal monitoring equipment is used to measure and track the heart rate during labor or during prenatal fetal surveillance testing.

An ultrasound probe (transducer) is strapped to the mother's belly and transmits the fetal heart sounds to a computer, which can provide a continuous printed tracing of the results. A separate device, also strapped to the belly, simultaneously measures uterine contractions.

An internal fetal scalp electrode is used during labor if improved or closer monitoring is needed. A thin monitoring wire (electrode) is attached to the skin of the fetal scalp by passing it through the cervix after breaking the bag of waters if it is not already broken. As with the external device, the electrode is attached to a computer that monitors and displays heart rate.

Other listening devices include the fetal stethoscope, or fetoscope. It is usually used during prenatal visits if a hand-held fetal Doppler is not available. An ordinary doctor's stethoscope might suffice to listen to the fetal heart when no other device is available.

As noted previously, a normal fetal heart rate ranges between 110 to 160 BPM, however, this range can vary depending on the trimester.

In the second trimester, the baby's heart rate tends to be around 140 to 150 BPM. A study demonstrated that the mean fetal heart rate of babies that were 20 to 24 weeks gestational age was 148 BPM.

However, it is normal for the heart rate to fluctuate in the second trimester. This will correlate with how active or sleepy the baby is at the time the heart rate is taken. The typical range is 120 to 160 BPM.

It is not unusual for a baby to have a low fetal heart rate in the third trimester compared to the first and second trimesters. This is due to baby's rapid growth in the third trimester. While the baby should still be active, he or she will be more crowded and restricted causing a change in baby's movements. Big rolls, punches and kicks are likely to turn into stretches and body shifts. When this happens, it is normal for the heart rate to be affected as well. However, if the baby's heart rate is consistently out of the normal range (too high or too low), this may be a sign something is wrong such as fetal distress or a heart condition. 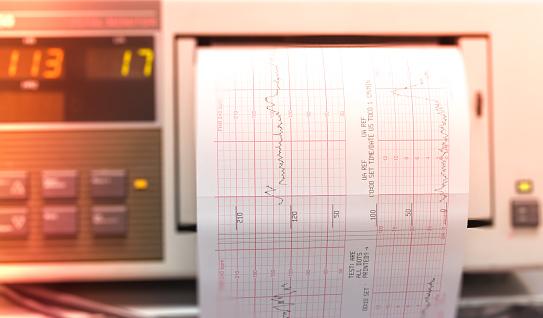 During pregnancy, labor, and delivery, an abnormal heart rate that is too low, too high, or does not vary from beat to beat might indicate a fetus in trouble, or there may be a more benign cause. An American Family Physician article reviews the abnormalities doctors take into account during pregnancy and labor to decide on what to do next for mother and fetus.

Each trimester has its own specific concerns when it comes to abnormal heart rates and patterns (arrhythmia).

This is a persistent heart rate faster than 160 BPM. High fetal heart rates are not always a sign of fetal distress if there is good beat to beat variability. A rate above 180 BPM is considered a sign of a fetus in distress. Causes of fetal tachycardia include:

A flattening of the normal beat-to-beat variation of the heart rate to less than five BPM can indicate fetal distress. The causes can include:

No Response to Fetal Stimulation

The heart rate responds to stimulation, such as uterine contractions or fetal movement, with an abrupt rise of 15 BPM or more lasting less than two minutes. A lack of response to such stimulation can indicate a sleeping or compromised fetus.

No accelerations for more than 80 minutes is a sign of a severely affected fetus at high risk for dying. Note that a premature fetus of less than 28 weeks gestation might not show a normal heart rate response to stimulation.

The ability to predict a baby's gender by its heart rate during pregnancy is one of the many old wives tales that's been around for ages. Studies have shown that there is no evidence that this popular pregnancy folklore is true.

Other popular gender prediction tests, such as the as wedding ring gender test, the baby gender pencil test, or the Drano pregnancy gender test, have also never been proven to be true.

Ask Your OB Providers For Details

Changes in the normal heart rate and pattern help obstetrics healthcare providers assess if a fetus is at risk for a poor outcome during pregnancy and labor. Ask your doctor or midwife to explain any concerning changes in your baby's heart rate during your prenatal visits and labor.

3
Comments
© 2006-2021 LoveToKnow, Corp., except where otherwise noted. All Rights Reserved.
Normal Fetal Heart Rate and How It's Monitored