The Drano pregnancy test is supposedly a tried-and-true method for predicting the gender of your baby. The question is: does the Drano test it work or is this just an old wives' tale?

About the Drano Pregnancy Test

As with many gender predicting folklore, the Drano pregnancy test has been passed down as an effective way to find out if the baby is a boy or a girl. The legend goes like this: a pregnant woman mixes her urine with Drano and the resulting color predicts the sex of her unborn child. While the accuracy of the test has been widely disputed, it is generally believed that the results cannot predict the baby's sex since it has no scientific basis.

Is the Drano Pregnancy Predictor Safe?

The biggest question is the safety of this experiment. While other gender prediction tests can be fun ways to play psychic, the Drano pregnancy test may be harmful to a pregnant woman. The fumes from this cleaning product are intense and toxic to inhale, causing potential harm to mother or child. Many Web sites will instruct you to wear eye protection and do the test outside because of the toxic fumes. You should also wear gloves when handling the Drano so it doesn't come in contact with your skin.

While you are likely to find plenty of online instructions for performing the Drano pregnancy test, which include wearing protective eyewear and a mask, LovetoKnow Pregnancy recommends skipping this test altogether.

If you must perform the test, take the proper safety precautions, then mix equal parts of a fresh urine sample with Crystal Drano (a couple of tablespoons of each) in a glass jar by pouring the urine over the Drano. Here's where some vague information comes into play, as not everyone has the same predictions for the resulting color.

Ask someone familiar with the test, and you are likely to hear a range of answers about which color indicates each gender. The most common theories are that either green, brown, black or blue indicate a boy; a girl prediction is based on the urine/Drano mixture producing red, yellow, or no color change. There are overlaps in the theory, with some claiming that green is the resulting color for a boy, while others will assert that green indicates a girl. Similarly, both brown and blue have been sworn to indicate a boy in some cases, but a girl in others. Still others report that a darkened color will indicate a boy, but if there is no change, it's a girl. It all depends on how the folklore was heard as it was passed along. 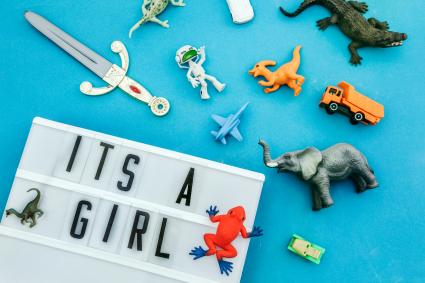 Predicting the sex of your unborn child can be a fun and exciting experiment, but always consider your safety. In the case of the Drano pregnancy test, it's best to avoid it altogether rather than risk exposure to something that could harm you or your baby. This is one pregnancy myth that is probably best left untouched.