Changes in your vaginal discharge during early pregnancy are the result of the normal hormonal pattern and progress of pregnancy. Abnormal changes can be signs of vaginal, cervical, or uterine infections or an abnormal pregnancy. Look for additional symptoms and signs, as well, that are noticeable early signs of pregnancy. Find out more about leukorrhea in early pregnancy.

Cervical discharge increases at ovulation, at fertilization of the egg, at implantation, and later during pregnancy because of normal changes in your hormones. An increase in the production of ovarian hormones is the normal course after ovulation and pregnancy. This progression of events affects the uterine lining and the cervical secretions you see as a vaginal discharge. If you are looking for early signs of pregnancy, discharge might be a clue.

You may notice clear discharge after ovulation. At the time of ovulation, the level of estrogen produced by the ovary is high. This increases the mucus secretion from the glands lining the canal of the cervix (endocervical glands). Progesterone hormone increases right after ovulation to prepare the uterine lining for a pregnancy.

A jelly-like white discharge shows the normal effects of increased estrogen on the glands of the cervix. A big increase in production of cervical mucus appears as a gelatinous vaginal discharge. This can start soon after fertilization of the egg after ovulation and increase as estrogen levels rise further.

If the egg gets fertilized, the ovary continues to secrete more estrogen and progesterone. The progesterone causes the increased estrogen mucus to get thicker. This may be the discharge after conception.

During the two weeks before your first missed period, you may notice this thicker mucus as a heavier, tacky, or gummy discharge. This cervical mucus after fertilization is a remnant of what will become the mucus plug in the cervix for the rest of the pregnancy.

Leukorrhea is an increased thin, milky white or creamy, usually odorless discharge from the cervix and is common in early pregnancy. It is caused by the ectropion (eversion) and exposure of the endocervical glands of the cervix to the vaginal environment. This causes them to produce more mucous secretions, which contain more white blood cells.

Sometimes the leukorrhea can be heavy and cause vaginal or vulvar itching. The exposed cervix can become inflamed (cervicitis) and produce more mucus.

Some women may be concerned that the thickened discharge in early pregnancy looks like fetal tissue. Before five weeks if you have an abnormal pregnancy, it would be highly unlikely to see any white fetal tissue passed. There is not enough fetal tissue to be visible so what you see is most likely mucus from your cervix.

If you think you are further along in your pregnancy, you notice white tissue-like discharge, and you start bleeding or have pain, consult your doctor to make sure you don't have an abnormal pregnancy.

Stringy red blood discharge in pregnancy is the heavier mucus discharge mixed with blood. The normal events of pregnancy, such as implantation of the embryo in the uterus or the normal changes in the cervix, can cause this bleeding. This stringy, bloody discharge could also come from an abnormal pregnancy or a cervical infection,

At about three days after ovulation, the early embryo (blastocyst stage) begins to implant in the lining of the uterus. Some women may notice some small amount of stringy, red, brownish, or pinkish mucus discharge shortly after.

This discharge is usually a sign of "implantation bleeding" as the inner lining of the uterus responds to implantation of the early embryo. The blood-tinged mucus normally lasts a few days but can continue up to the time you expect your next period. Consult your doctor if this bloody mucus discharge during early pregnancy continues longer.

You may notice more of this bloody, stringy discharge after intercourse if this is the cause. The exposed glands can become inflamed (cervicitis) and bleed even more easily.

Abnormal discharge in early pregnancy can be caused by an infection in the vagina (such as yeast), or in the cervix by a sexually transmitted infection (STI), which can also get into the uterine cavity. It can also be from an abnormal pregnancy, which includes a chemical pregnancy, an early miscarriage, or an ectopic pregnancy.

Women wondering if yellow discharge is a sign of early pregnancy should know that yellow vaginal discharge can be a sign of cervical infection or inflammation or a vaginal infection. The yellow color means there are white blood cells and other inflammatory cells in the discharge. This discharge is present in two infections: 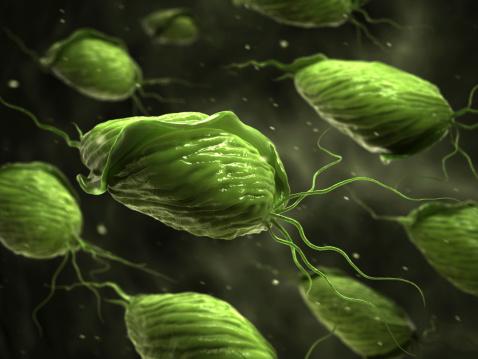 The usual cause of a pale-green, yellowish-green, or gray, frothy discharge is a vaginal infection by a parasite called Trichomonas. The discharge has a fishy odor, and some people also have vaginal itching, burning, and pain on urination.

Trichomonas is sexually transmitted and is sometimes present with other STIs. It does not cause adverse health effects on the mother but can cause preterm delivery later in pregnancy. The infection can recur if both partners are not treated at the same time. Your doctor can easily diagnose and treat this problem.

Brown vaginal discharge can be an early sign of pregnancy. The discharge is brown because the bleeding is light and slow. By the time you see it, the hemoglobin pigment that gives blood its red color is already absorbed. Causes include:

The brown discharge can progress to bright red blood depending of the cause.

In the normal vagina, lactobacilli help maintain a healthy environment and keep other organisms from overgrowing and causing an infection. When the normal balance of the vagina shifts, such as through douching, changes in diet, or an increase in hormones in or out of pregnancy, lactobacilli bacteria or yeast can overgrow. Symptoms also include vaginal itching and burning.

The lower intestines, including the rectum and anus, have mucus-secreting glands. The mucus is lubricating and aids the passage of food. Normally, you don't see this mucus but if you notice a mucus discharge in early or later pregnancy, the following might be the cause:

Talk to your doctor about your symptoms so you can have the appropriate evaluation, especially if you have rectal/anal pain.

If you have a change in your vaginal discharge, pay attention to the following signs that indicate you need to see your doctor:

What Not to Do

If you know or think you are pregnant and an increase in your discharge concerns you, do not:

Heavier discharge is common and normal in early pregnancy. To decrease your anxiety about the changes you will see, learn to recognize the signs of what is normal or abnormal. Don't hesitate to consult your doctor if you have any cause for concern about an abnormal pregnancy or infection, especially if you have a history of STIs or early pregnancy losses.

81
Comments
© 2006-2020 LoveToKnow, Corp., except where otherwise noted. All Rights Reserved.
Resources, Advice & Tips for Covid-19
Read More
Discharge aka Leukorrhea as a Sign of Early Pregnancy