The intrauterine contraceptive device (IUD) is an easy, safe and effective method of birth control. The IUD birth control offers convenience and cost-effectiveness for women who are looking for a long-lasting, reversible contraceptive method. IUDs are easy to insert and remove and, for a woman who wants to get pregnant, there is quick return to fertility after removal.

History of IUDs in the United States

During the early 1970s in the US, the Dalkon® shield IUD, was associated with sexually transmitted infections (STIs), pelvic infections, and infertility. All IUDs were subsequently removed from the U.S. market because of the intense negative publicity, though they continued in popular use in Europe and Latin America.

Further review showed that the increased risk of infections was mostly in women with multiple sexual partners and other risk factors for STIs, and that the Dalkon® shield design contributed to the these risks. Because of this new data, new IUDs returned to the US market in 1988.

Available IUDs in the U.S.

There are two types of IUDs currently available in the U.S.: 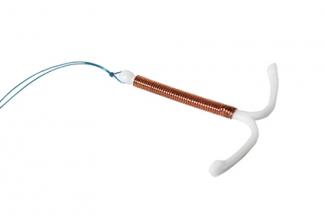 IUDs are T-shaped, flexible, plastic devices with a string attached to the end. They easily fit into the pear-shaped cavity of the uterus. An IUD works primarily by preventing the sperm from reaching the egg. Hormonal and copper IUDS do this by slightly different mechanisms.

Mirena® and Skyla® are embedded with a hormone called levonorgestrel which is similar to progesterone, the hormone produced by the ovary after ovulation. Levonorgestrel is also present in some birth control pills. The hormone is slowly released from the IUD over time.

ParaGard® Copper T 380A IUD has copper wrapped around the stem and lasts for 10 years. It works by the following mechanisms:

Because it does not rely on the woman's consistent and correct usage, compared to some of the other methods of contraception, the IUD birth control is one of the most effective methods available.

The copper IUD can be used for emergency contraception if inserted within five days after unprotected sex.

Note that IUDs do not prevent STIs. If you have multiple sexually partners or your partners have other partners, you should use condoms as a precaution against STIs.

Complications and Side Effects From IUDs

In a case of suspected perforation, embedding, expulsion or lost string, an ultrasound of the uterus and pelvic area can locate the IUD.

Rarely, the hormonal IUDs can cause hormonal symptoms similar to birth control pills, such as headaches and acne, but these usually go away within 1-3 menstrual cycles.

There are contraindications to the use of IUDs as a method of birth control. Your doctor will take a detailed history from you to be sure that you don't have any of the following conditions:

Previously, the IUD birth control was not recommended for adolescents. In 2012 the American College of Obstetricians and Gynecologists (ACOG) issued a committee opinion recommending the IUD for sexually active adolescents because of its high level of effectiveness. 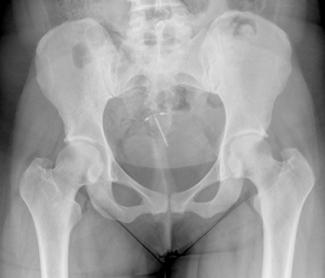 Though an IUD can be inserted at any time, it is best inserted during the first five days of your menstrual cycle. This ensures that you are not close to ovulation and therefore decreases the chance of pregnancy at insertion.

In the hands of a gynecologist or other trained medical personnel, IUD insertion is easy and takes no more than 10 minutes to do. There is not much more involved in the procedure than a routine pelvic exam or Pap smear.

After inserting a speculum in the vagina, the doctor:

You check for the string every month right after your period finishes to ensure that the IUD is still in place.

Mild to moderate cramping is not unusual, but usually goes away quickly. Some doctors will ask you to take a non-prescription pain reliever an hour before insertion to decrease cramping.

As with insertion, IUD removal is quick and easy.

After speculum insertion, the doctor:

There may be some vaginal bleeding and cramping after removal, which usually resolves quickly.

When to Call Your Doctor

After insertion or removal of an IUD, mild cramping and light vaginal bleeding can occur. Cramping usually do not last more than a few days. Call your doctor if you experience:

You should also consult with your physician if you cannot feel the IUD string after insertion or if you believe you might be pregnant.

The initial cost of an IUD can be $1000-$1600, but over its long-term use it is less expensive than the birth control pill or a birth control implant. However, as part of the covered preventive services in the Affordable Care Act (ACA), as of 2014 health insurance companies in the U.S. are mandated to pay for the cost of an IUD and its insertion and removal.

There are some exceptions to this mandate. Check with your insurance company for the specific details of your coverage before you see your doctor for IUD placement.

A Viable and Safe Option

1
Comments
© 2006-2021 LoveToKnow, Corp., except where otherwise noted. All Rights Reserved.
Everything You Should Know About IUD Birth Control