Whether you are just starting out on the infertility journey or have already tried a few inseminations, you may be wondering what the next step would be if IUI fails. It is important to discuss these concerns with your doctor so you will have a better understanding and be prepared for what may be next if IUI is unsuccessful.

Intrauterine insemination (IUI) is usually one of the first steps in treating infertility. During this procedure, sperm from either your partner or a donor is placed into the uterus using a long, thin tube (catheter). IUIs can be performed during a natural cycle, or accompanied by an oral fertility medication such as Clomid, or a series of injectable medications. Typically, most women will start the IUI process without using medication and have their insemination performed around the time of a positive ovulation test.

The success rate for IUI is about 20 percent, however, this can vary depending on a number of factors, such as, the reason for the couple's infertility, the mother's age or if fertility medications are being used.

IUI can be especially helpful for men who are dealing with low sperm motility but if a woman has blocked tubes or doesn't ovulate regularly, IUI is unlikely to help.

One of the main benefits of trying IUI first is its low cost. Treatment costs will vary but the price range is about $500 to $1500 per cycle depending on lab tests needed, medication prescribed, etc. Another benefit is that IUI is less invasive than other methods of assisted reproduction and can be modified from one cycle to the next if needed.

Prior to having your first IUI, your doctor will perform a few basic tests to look for any obvious reasons for infertility. The lab will analyze the sperm to make sure it has a high enough sperm count and enough motility to travel to the egg. You will probably also have blood tests, a pelvic ultrasound, and a routine gynecological exam. 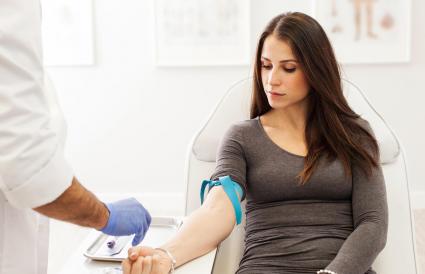 Your doctor may recommend trying a different approach if IUI has been attempted three to six times with no success. After that many attempts, it's necessary to start looking for a more definitive cause of infertility, if it's not already known. More extensive testing or a laparoscopic surgical procedure may be needed in order to check for any issues with your uterus, ovaries or fallopian tubes. Your doctor would be able to check for various abnormalities such as, a blockage of the tubes, irregularities of the uterus, cysts on the ovaries or if there's scar tissue or undiagnosed endometriosis.

If your first few attempts with IUI were during natural cycles and you did not conceive, your doctor may then prescribe ovulation-inducing medication. The most common is Clomid, an oral medication that is used to help stimulate the ovaries to help produce mature follicles that contain eggs. It is not unusual to produce multiple mature follicles when taking Clomid. The doctor may also prescribe a 'trigger shot'. This is an injection (of HCG) that helps trigger the ovaries to release an egg.

If you have not had success with Clomid, your doctor may recommend fertility shots. These are self-administered shots that contain follicle-stimulating hormone (FSH) and may also be combined with luteinizing hormone (LH) depending on which fertility medication your doctor prescribes. A trigger shot to stimulate ovulation will likely be prescribed as well. These shots increase the likelihood of releasing more than one egg, so you are at greater risk of becoming pregnant with multiples.

There are a number of reasons for IUI failure, a few of these include:

If your eggs are of poor quality, they may not fertilize or may have chromosomal problems especially if you are over 35 years of age.

If you have been diagnosed with endometriosis, you may have a decreased chance of your egg(s) being fertilized.

If your endometrial lining is not thickened at the appropriate time in your cycle, the fertilized egg will not be able to implant.

If there is a problem with ovulation such as early, delayed or no ovulation.

If you are not producing enough progesterone, this could lead to IUI failure because progesterone is necessary to help maintain the pregnancy.

After exhausting all attempts at IUI, you may opt for in vitro fertilization. IVF is an expensive and time-consuming method of trying to conceive, but a good fertility clinic can offer success rates as high as 40 percent. Clinic success rates and protocols vary greatly among doctors, so be sure to ask any questions you may have about the procedure, the medications and any risks that may be involved.

You will undergo a series of injections similar to the process for IUI fertility shots which will stimulate the ovaries to produce multiple eggs. Under ultrasound guidance, the eggs are removed from the woman's body using a long, hollow needle. The eggs will be combined in a lab dish with previously collected sperm. The eggs are monitored to check for cell division with the hopes that embryos will develop. The embryos are transferred to your uterus a few days later. To increase the odds of a viable pregnancy, more than one embryo is usually placed in the uterus. This also increases the likelihood of getting pregnant with multiples. Some couples may opt to freeze any remaining embryos for future use.

Medically, IVF is the only option if IUI fails and you want to give birth using your own eggs. However, you can also explore adoption or surrogacy as other ways to expand your family. Fertility treatments can be stressful and overwhelming. Your doctor will evaluate your specific situation and take into consideration a number of factors including your age and medical history when developing a plan that will help you conceive.