The Zika virus can pass from a pregnant woman to her baby and cause microcephaly, other fetal abnormalities, and adverse pregnancy outcomes. As of April 2016, there are still important questions about the risk of contracting the virus and the full nature of its effect on fetuses and pregnancies.

What Is Zika Virus?

According to a 2016 American Society for Microbiology article, the Zika virus (ZIKV) is an RNA flavivirus related to viruses which cause dengue fever, yellow fever, and the West Nile virus. The primary way for humans to get infected by Zika is through the bite of infected mosquitos of the Aedes genus, including Aedes aegypti and Aedes albopictus, as well as other mosquito species.

The Zika virus became important because of its rapid spread in the Americas and increasing incidences of fetal microcephaly in ZIKV- affected areas. This situation followed the controversial response to the Ebola outbreak in 2014 in Africa and the recurring Chikungunya outbreaks since 1999, and it highlighted the importance of coordinating an international response to global disease outbreaks.

Due to the increasing global march of the Zika virus and its link to problems in pregnancy, the World Health Organization (WHO) declared the Zika virus a "Public Health Emergency of International Concern." Public health agencies will update their information and recommendations as experts gain new evidence and insights on how the Zika virus affects pregnancy.

The Link Between Zika Virus and Pregnancy

On April 19, 2016, the United States Centers for Disease Control and Prevention (CDC) declared a pregnant woman can transmit the Zika virus to her fetus and cause fetal microcephaly and other brain defects. This definitive statement came after expert analysis of existing data, the results of which were published on April 13, 2016 in The New England Journal of Medicine (NEJM). The authors concluded that "a causal relationship exists between prenatal Zika infection and microcephaly, and other brain anomalies."

A potential link between the Zika virus during pregnancy and fetal microcephaly came to global attention starting in October, 2015, some months after the virus had first spread from the Pacific islands to the Americas.

By April 2016, combined evidence from the various ZIKV outbreaks since 2013 increasingly determined Zika virus exposure or illness in pregnancy to be a potential cause of microcephaly and other fetal brain effects, and poor pregnancy outcomes.

There is good evidence that the virus can cross the placenta from the mother to the fetus during pregnancy. In studies of pregnancies affected by ZIKV, investigators have detected presence of the virus in:

Live Zika virus was found in the severely affected brain of a 21-week microcephalic, aborted fetus whose Finnish mother had been infected at 11 weeks gestation while on vacation in Mexico.

Adverse Effects on the Fetus and Pregnancy Outcomes 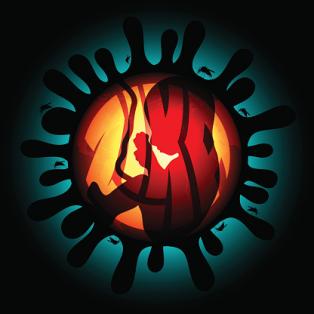 During pregnancy, the Zika virus appears to exert its predominant effect on the fetal brain. An analysis of pregnancy outcomes during the 2015 Brazil outbreaks was published in March, 2016 in the NEJM. Of the women with confirmed Zika virus infection who had prenatal ultrasounds, the following fetal abnormalities and pregnancy outcomes were found.

Fetal and newborn microcephaly is the most visible effect of the Zika virus. The virus appears to cause damage to fetal brain cells and other brain microstructures as well as poor growth and arrested development and function of the fetal brain. Microcephaly is also caused by other viral infections in pregnancy such as chicken pox and chromosome abnormalities such as Down's syndrome.

Effects of Zika on a Pregnant Woman

According to an April 2014 review in the American Journal of Public Health, most people infected with Zika have no symptoms (asymptomatic infection), and the rest have only mild symptoms of a viral illness. There is no evidence from any of the outbreaks that pregnancy has any effect on the severity or duration of any symptoms of a ZIKV infection.

Typical symptoms of Zika infection are similar, but milder, to those of other viral illnesses, such as dengue fever and the Chikungunya virus. Symptoms last about one week and include two or more of the following:

There was an increase in neurologic symptoms and some cases of Guillain-Barre syndrome (GBS), a severe neurologic disease, in the 2013-2014 Polynesian and 2015 Brazilian outbreaks, and then in other countries. However, there is no indication that the incidence of GBS was greater in pregnant women. 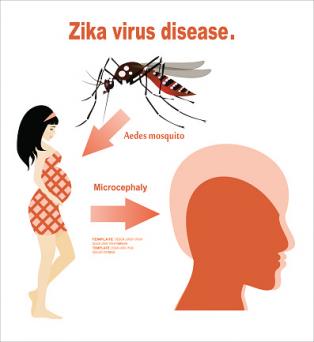 In addition to placental transmission of Zika from mother to fetus, a baby can also become infected during delivery from exposure to the mother's body fluids according to a study in Eurosurviellance, April, 2014. ZIKV was also been found in breast milk, but so far there are no documented cases of Zika infant infection through breastfeeding.

In addition to a mosquito bite, there are other ways Zika virus can be transmitted to a mother and, subsequently, her baby. As reviewed in the Annals of Clinical Microbiology and Antimicrobials, March, 2016, consider the following facts.

It is important to note that a man's semen can remain infectious weeks after the start of a Zika infection. A report in May, 2016 in Emerging Infectious Diseases (EID) noted detection of Zika RNA in semen 62 days after viral symptoms started. There is also evidence from other case reports that Zika can be detected in semen, urine and saliva some time after the virus is cleared from the blood by anti-Zika antibodies.

If you think you were exposed to the Zika virus by any route, or you develop viral symptoms, talk to your doctor about getting a blood test for Zika. This is especially important if you are pregnant or trying to conceive. Blood tests include identification of Zika RNA and anti-Zika antibodies in blood serum. In the U. S., as of April 2016, tests for Zika are available at the CDC and at state and local Department of Health labs, but not in commercial labs. These labs can test blood and other body fluids for the virus.

Facts That Still Need to Be Determined

As of April 2016, some things about how the Zika virus affects pregnancy are still unknown. According to the CDC:

The Global Spread of the Zika Virus 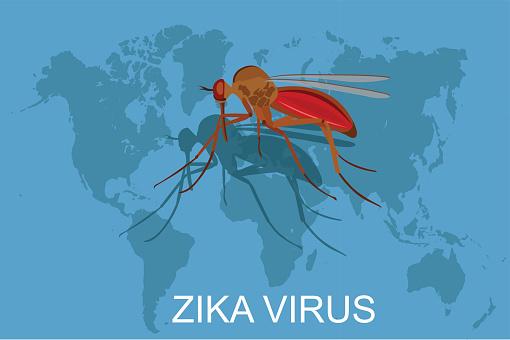 Zika virus began spreading to the Americas about six years after its first large outbreak in Micronesia in 2007. By April 18 2016, according to a European Centre for Disease Prevention and Control updated map, many countries and territories had seen transmissions of ZIKV infections. However, the history of the virus started more than 50 years before that epidemic.

Zika and Microcephaly in the United States

There has been no case of a local ZIKV infection in the continental United States. As of April 20, 2016, all 388 cases of documented Zika infections were related to travel, and eight of them were sexual transmissions from male travelers to their non-traveling partners. 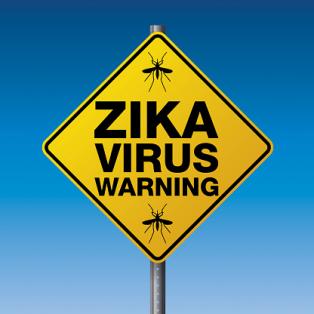 The worldwide spread of ZIKV and the unknowns about pregnancy and the Zika virus make recommendations and pregnancy counseling challenging. There is currently no vaccine or cure, so the only way to prevent fetal infection is to prevent maternal infection. If you live in a Zika-infested area or must travel to one, avoid mosquito bites and other possible ways to get infected, including sex.

The CDC recommends the following travel precautions based on April 2016 information.

People who live in areas of ongoing Zika infestations or travel to them should take the following pregnancy precautions.

The August 2016 summer Olympic Games in Brazil will present a challenge for athletes and other visitors. There will be an opportunity for further global spread of the Zika virus which could potentially increase the prevalence of Zika-related adverse effects on pregnancy. Visit the CDC website often for frequent updates on their travel advisories and recommendations.

If you live in or plan to travel to a Zika-affected area, take adequate precautions if you are pregnant or can become pregnant so you can avoid the adverse effects of the Zika virus. Consult your doctor for advice if you believe you were exposed to Zika or you have symptoms of a viral illness.