Week two of your pregnancy is a bit of a confusing time for many women, since your egg hasn't actually been fertilized yet. However, your body is hard at work preparing for fertilization, and it helps to know a little about what is going on during this time. You can work with your body to increase the chances of conception.

On the Way to Pregnancy

Because doctors measure pregnancy from the first day of your last period, you won't actually conceive until the end of week two or a few days after that. This makes things a bit confusing if you're trying to track your pregnancy. If you already know you conceived two weeks ago, you are actually four weeks pregnant. However, if it's been two weeks since you started your period, this is technically week two. 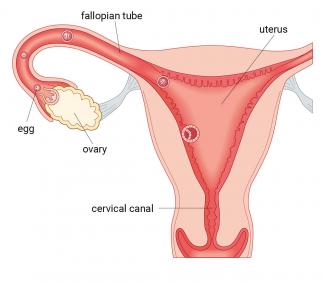 According to the Mayo Clinic, conception generally occurs at the end of week two. The average menstrual cycle is 28 days long, and ovulation typically occurs on day 14. This means that although your egg isn't fertilized yet, it's likely maturing and making its way out of your ovary and down the fallopian tube this week. Your egg will be viable for only 12 to 24 hours after it is released, so your body is doing everything possible to maximize the chances of conception during this window of time.

Too Early to Test

It's important to remember that taking a pregnancy test won't tell you anything at this point. Since conception hasn't actually occurred yet, your body will not be releasing pregnancy hormones that would show up on a test. That will have to wait a couple more weeks.

Even though conception hasn't happened yet, your body is hard at work preparing to be pregnant. Your uterus is building up a lining to support the development of a baby, and you may start to notice ovulation symptoms near the end of the week. You'll need to time intercourse near or during ovulation to conceive a baby.

Not everyone experiences symptoms of ovulation, but there are some common ones you may notice:

If you want to maximize your chances of conception, you can try to predict when you will ovulate. There are several ovulation predictor kits you can try. You can also use an ovulation calculator to make a guess about when your ovaries will release an egg.

More to Know About Week 2 of Your Pregnancy

Even though you aren't technically pregnant yet, there are several things you can do to help prepare.

Week two of your pregnancy is a time of great potential; you could conceive at the end of this week! Find out what will happen next week as the fertilized egg implants in your uterus. Big changes are in store, and this is the first step in your journey to becoming a mom.