Fertility awareness can help orthodox or observant Jewish couples fulfill their religious obligation to bear children while adhering to Jewish law, which prohibits intercourse during any uterine bleeding. Knowing when you are most fertile is useful whether you are trying to get pregnant or space your pregnancies.

Some women who observe Jewish law (halacha) might go past their fertile days before they can resume sex each menstrual cycle. You may have difficulty timing intercourse to conceive when observance of the halacha of niddah prohibits sex or other physical contact with your husband during menstruation plus seven more days.

As an orthodox or observant Jewish woman, fertility awareness used for natural family planning worldwide, can help you:

You should have intercourse at least every other day during the days you identify as fertile. If you are not planning to conceive that cycle, delay intercourse until your infertile days, or use temporary birth control during your fertile days if that is the recommendation or your preference 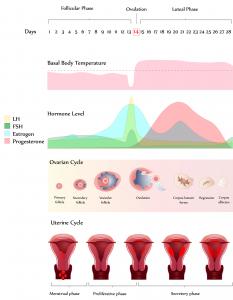 Fertility awareness methods that orthodox and observant Jewish women can use track one or more of the natural signs of fertility. Signs include changes in your cervical mucus, the position of your cervix, and your basal body temperature. The methods integrate knowledge about the:

Knowledge of the lifespan of the egg and sperm helps you understand how the timing of intercourse increases your chance of pregnancy during your fertile days.

With the cervical mucus fertility awareness method, you observe your vaginal secretions daily after your period ends to identify your most fertile days. The important points to understand about this method are:

A study in Family Planning Perspectives in 1990 reported a 3.1 percent pregnancy rate if this method is used perfectly for birth control, meaning there is no sex on fertile days. This means the method identifies the optimum days of fertility 96.5 percent of the time if you are trying to get pregnant or avoid conceiving.

The TwoDay fertility awareness method is based on daily observations for the presence or absence of cervical mucus:

Based on results of a study published in Fertility and Sterility in 2004, the TwoDay method identified the best days of fertility 96 percent of the time. 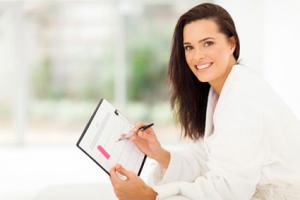 The Standard Days method is a calendar-based fertility awareness method based on menstrual cycle lengths. According to a 2006 Journal of Midwifery Women's Health article, the Standards Days method works best if your cycles are 26 to 32 days long. Based on this, the standard days are set as:

You can use color-coded CycleBeads® to help you keep track of your cycle. There is also a CycleBeads iTunes mobile app that simplifies tracking your fertile days.

A study published in 2002 in Contraception reported a pregnancy rate of 4.8 percent when there is no sex on fertile days. This translates to 95 percent effectiveness of marking the best days to get pregnant with this method.

The basal body temperature (BBT) method tracks your temperature from the first day of a period to first day of the next, which defines one menstrual cycle. Important points of this method include:

Note the BBT method is not useful for identifying your fertile days during a current cycle. However, it helps you predict which day you will likely ovulate in the following cycles if they are regular. This can help you validate the timing of other fertility signs in relation to ovulation.

The symptothermal method combines the BBT and the cervical mucus methods as one family planning practice. Combining two methods increases the accuracy in identifying your fertile days. Or, you can combine your BBT with the Standard Days or the TwoDay methods.

A study on the BBT plus cervical mucus methods published in Human Reproduction in 2007 reports a 0.6 percent pregnancy rate with perfect use of this method. This means it is 99.4 percent effective in identifying the days of increased fertility.

The Fertile Days and Niddah

Consider the following if your niddah status encroaches on your best days of fertility, and you are trying to get pregnant:

If you have 28-day cycles and observe the minimum of 12 days of niddah, you will be near or at ovulation when you can take your ritual immersion bath (the mikveh) and resume intercourse. This is great timing when you are trying to get pregnant. However, when your cycles are shorter or your period lasts more than five days, you may have ovulated already, and this will be a problem if you are trying to get pregnant. 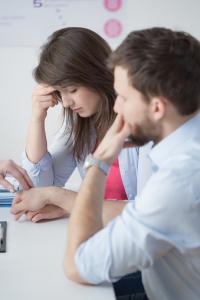 Because orthodox Jewish views on fertility is guided by the halachic obligation (the great mitzvah) to "be fruitful and multiply" (pru urvu), according to the Chabad website, infertility can cause great anguish. Your devotion to halacha might make you believe you are infertile when instead you might be missing your fertile window each cycle because of niddah.

Tracking your fertility signs can provide evidence of this if you have to seek guidance from your rabbi. He may allow an exemption (a heter) to shorten your niddah to improve your chance of pregnancy, according to an article in Jewish Women's Health on infertility and Jewish law.

Consult with your rabbi to ensure a treatment is approved and that appropriate halachic supervision will avoid or minimize breaking a law. According to the Chabad review, note that:

If you must avoid or delay pregnancy, use fertility awareness to help you plan when to delay intercourse after niddah or use birth control. An article in My Jewish Learning notes that, in general, Jewish law allows women to use contraceptives, especially if getting pregnant is risky to your health or life. When permitted to use a contraceptive, some Jewish women may use fertility awareness to help them limit its use to the most fertile days of the cycle instead of using a daily method.

If you must or choose to use birth control to avoid or space pregnancy, Rabbinic scholars appear to favor the birth control pill, according to the My Jewish Learning article, although it can cause breakthrough bleeding. Other allowed hormonal contraceptives, such as the vaginal ring and injectable hormones can also cause irregular bleeding, prolong niddah status, and interfere with sexual relations.

Temporary birth control methods allowed include vaginal spermicides and the diaphragm, which is controversial in Jewish law because it interferes with intercourse. A man cannot use a condom or withdraw during intercourse as a form of birth control. These methods are against the law against wasting sperm in vain.

Women worldwide use fertility awareness as an easy, natural family planning method to avoid pregnancy. Orthodox and observant Jewish couples can use these methods to help them integrate their halachic obligation to have children, their plans for family spacing, and a commitment to niddah.