Abortions that are complicated by infection in the reproductive tract can cause damage and scarring of the uterine lining and blockage of the fallopian tubes, which can cause infertility. According to a 1993 study in the British Journal of Obstetrics and Gynaecology and a 2008 literature review published in the Global Library of Women's Medicine (GLOWN), a post-abortion infection can lead to secondary infertility as well as increase the risk of: 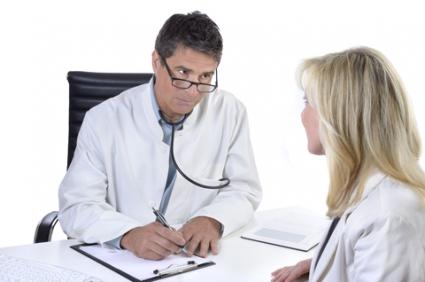 An unrecognized and untreated infection at the time of the procedure increases the risk of infection. A 2012 data analysis of several studies by the Cochrane Database System Review concluded that before the procedure, screening and treating for infection and prescribing preventive antibiotics if not infected reduces the risk of post-abortion infection.

Injury to the lining of the uterus, or perforation of the uterus or cervix during an abortion can cause infertility. According to the American Congress of Obstetricians and Gynecologists, these injuries occur in less than one in 1000 women overall. This includes first trimester abortions by dilation and curettage (D&C) by vacuum (suction) or sharp curette (scraping), or second trimester abortions by dilation and evacuation (D&E).

Scarring of the Uterine Lining

Injury to the uterine lining can cause scarring during healing and lead to infertility. Scarring causes formation of intrauterine adhesions (IUAs), also called synechiae, or Asherman's syndrome. The risk is greatest for first trimester abortions done by D&C with sharp curette, especially done under general anesthesia.

According to the GLOWN review, intrauterine adhesions can lead to infertility because of difficulty with implantation of the early embryo in the lining of the uterus or transport of sperm to the tubes. It can also cause:

Danforth's Obstetrics and Gynecology text states the risk of Asherman's syndrome as 0.1 to 2.3 percent of abortions. According to a 2013 review in Reproductive Biology and Endocrinology the risk of IUAs increases with each abortion procedure. Pregnancy rate after treatment is quoted as 40 to 63 percent, depending on the severity of the adhesions.

Perforation of the Uterus and Cervix

Perforation of the uterine wall, which can cause injury to the bladder, bowel, or other structures, can cause infertility. This injury is uncommon during an abortion but can lead to pelvic and abdominal infection and blockage of the fallopian tubes, resulting in infertility. The risk of uterine perforation during an abortion is only 0.09 to 0.50 percent, according to Danforth's Obstetrics and Gynecology textbook.

The cervix can also be injured or perforated during dilation, which could affect fertility and future pregnancies. There is a bigger risk of injury to the uterus and cervix during second trimester abortions by D&E than during first trimester abortions by D&C. However, there is insufficient data on whether there is a greater effect on fertility or on later pregnancies, according to an Oxford Journal review.

A 1990 review of the medical literature reported in Clinical Obstetrics and Gynaecology, and the 2008 Global Library of Women's Medicine follow up review by one of the authors, restated experts' opinions that for uncomplicated abortions: 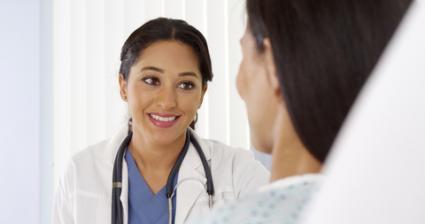 A Low Risk of Infertility

Abortions are safe and have a low risk of causing infertility, if precautions are taken to prevent infection and injury to the uterus and other pelvic organs. Speak with your doctor about the risks before the procedure, or if you are concerned about your fertility after having had an abortion.

0
Comments
© 2006-2020 LoveToKnow, Corp., except where otherwise noted. All Rights Reserved.
Resources, Advice & Tips for Covid-19
Read More
Abortion Complications That Can Cause Infertility