If you are trying to conceive, a gender conception calculator may help you choose the gender of your baby. While many will say that you have a fifty percent chance of conceiving a girl or a boy no matter what you do, there are a few theories that suggest conceiving a boy or girl is all a matter of timing.

Dr. Landrum Shettles created the Shettles Method calculator for gender selection. His book, How to Choose the Sex of Your Baby, describes the characteristics of sperm carrying the X and Y chromosomes that yield a girl or boy.

Theory for Conceiving a Boy

According to Dr. Shettles, sperm carrying the Y chromosome are small and fast but have a shorter life span. Therefore, his theory for a couple who desire to have a boy indicates that intercourse should occur the day before or the day of ovulation. This will help ensure that the Y chromosome sperm will reach the egg first.

Theory for Conceiving a Girl

According to Dr. Shettles, the sperm with the X chromosome are larger and slower but live longer. Therefore, in order to conceive a girl, intercourse should occur two and a half to three days prior to ovulation. The Shettles Method states that intercourse occurring this early will allow the Y chromosome sperm to die off, but the X chromosome sperm will survive to fertilize the egg, resulting in the conception of a baby girl.

The Chinese conception chart, or Chinese Gender Calendar, is a chart that uses your age at conception and conception month to determine your baby's gender. While this method is much less involved than the more scientific Shettles Method, some do believe it is accurate. However, the medical community has not performed any studies to verify these claims.

How to Use the Chinese Gender Calendar

Elizabeth Whalen, ScD, developed a method of timing intercourse with ovulation in addition to following your basal body temperature (BBT) in order to acquire your desired gender. For a boy, you would have intercourse four to six days before your ovulation temperature rises. If you're trying for a girl, you should have intercourse two to three days before ovulation. The Whalen Method is based on the theory that sperm that carry the Y chromosome that will produce a boy will handle the woman's body chemical environment better and reach the egg first before the sperm that carry the X chromosome that would produce a girl.

If you can determine the average length of your cycle and your approximate ovulation date, you can use an online conception calculator or app to help you predict the days that intercourse should occur to conceive the baby of your desired gender. These methods are not scientific, but more based on old wives' tales. Whether it's a conception calculator or app to try for a boy or you want to increase your chances of having a girl with a calculator or app, these can be fun, but aren't guaranteed. Keep in mind, many of these calculators and apps are for entertainment purposes only. 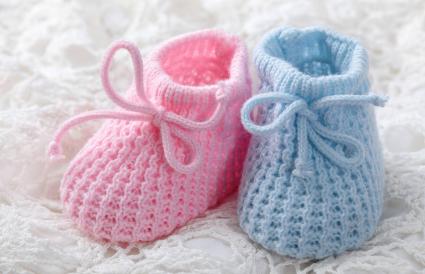 The Baby Gender Calculator at Calcuworld.com is based on the Chinese Gender Calendar. It takes just a few clicks and you will find out what the predicted gender of your baby will be.

The Boy or Girl Gender Predictor App gives a gender prediction in the convenience of a downloadable app. This app offers multiple ways to determine or plan your baby's gender including the Chinese Gender Predictor Calendar, the Mayan Chart, the Japanese method which is based off two "gender determining" tables, the parents' blood type, and the blood renewal method which is the belief that the blood is refreshed every four years for dad and every three years for mom. At time of conception, whoever's blood is "younger" (mom or dad) will determine the gender of your baby.

The Baby Gender Predictor App offers gender prediction in app form as well. This easy-to-use app can determine gender by using the Chinese Gender Calender, the Mayan Gender Calendar and the Japanese Gender Calendar. When you are ready to try for pregnancy, this app can also help you choose a specific gender (boy or girl) for your baby.

Methods to conceive one gender or the other are not guaranteed to work even if you follow the method precisely. Although no gender conception calculator, calendar or app provides absolute assurance, you may be able to increase your chance of fulfilling your dream to add pink or blue to your home with the help of these gender predictors.